A girl with scars

Red hair, bandages wrapped in her hands, covering her wrists. no makeup, and no desire to talk with anyone. She never talked with her classmates if it wasn't necessary, she didn't hate them, she just didn't want to talk.

She always used the same clothes, never told why. Always, the same army boots, same grey army coat, old jeans and a beanie. never used any gloves, she just had her bandages and she never took them off.

one time, when we were having a party and the whole class was invited. the girl showed up. all went well, and she even laughed a little. Until one guy, drunk of course, tried to remove her bandages to see what was so special about those slender wrists. The girl screamed: "NO!!" pulled a knife, and said "do not touch me, or this knife will be so far up in your ass that you will feel it in your nose." That said, she grabbed a beer and left.

The girl was a heavy drinker, and we found out that she always carried a knife with her. It seemed like she was unable to trust other people, we always wondered why.

One day, my friend, Nea, told me that on the girls PE class, she saw "the girl in red" without her coat for the first time in her life, Nea said that she had scars all over her body and that they seemed to be very old. When the girl realized that Nea was watching her, she left immediately.

one day, she didn't come to school, at first we didn't even notice that since it wasn't anything unusual, but on the third day we grew more and more suspicious. We never admitted this, but we kinda missed her, and her "don't fuck with me"-attitude.

Then she came. This time she seemed happy, she was smiling and she had some makeup, and most importantly she talked with us. We all wanted to know more about her but we didn't dare to ask, we were afraid that it would just scare her away. When the day was over, she came to us and thanked for being such an amazing group, she said that it was amazing that she managed to get here and find some good people at last, we were little confused since we didn't do anything for her, then she left with a hurry.

When we left, we saw her bandages on the ground, covered in blood. We never saw her again.

When we asked our teacher about her, she just replied:

"We all have our problems, it seems that her problems were hiding under those bandages, and don't worry about her, I have a feeling that everything is fine for now" 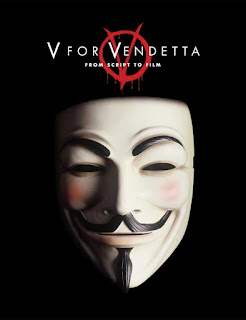 A girl with scars

Red hair, bandages wrapped in her hands, covering her wrists. no makeup, and no desire to talk with anyone. She never talked with her classm...